Torrevieja Things to Do 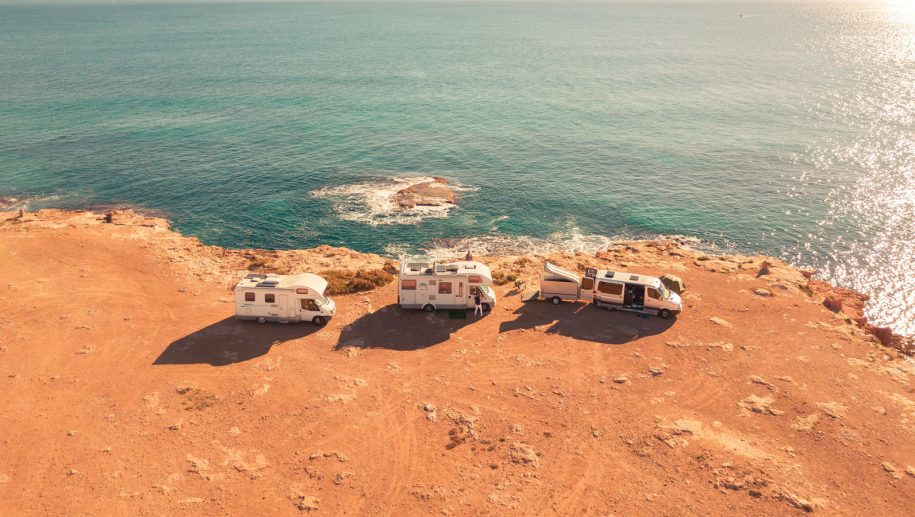 Torrevieja has several famous landmarks that also attract tourists here.
If you don’t know what to see in Torrevieja, then especially for you, we decided to present the main attractions of this city.

Torrevieja is known for its salt lagoons and the area is designated a National Park. A visit here is a must for those who decide to spend at least one day in the city of Torrevieja. Torrevieja’s seafront promenade is one of the city’s landmarks, and in summer it becomes a major entertainment centre. Below we will tell you about what to see in Torrevieja.

The lagoons of Torrevieja and La Mata, surrounded by a unique landscape, are considered the main tourist attraction of Torrevieja. The entrance to the natural park is located near La Mata beach in the northern part of Torrevieja.

This natural park consists of wetlands and sea lakes, which are used for salt production. The nature park is also an important bird sanctuary. Various species of birds can be spotted here, including flamingos. Visitors have the opportunity to swim in the salty lagoon, which allows the body to heal. The lagoons are often referred to as the “pink lake” because of the reddish colour of the water created by the combination of salt and algae.
The natural park has long walking and cycling paths and a visitor centre that is open almost all year round.

The beautiful urban park Parque de las Naciones is located 1,100 meters northwest of Plaza de la Constitucion in the centre of Torrevieja. The park covers an area of 40,000 square meters and is a popular attraction for tourists with children.

Inside the park, there is a large lake that forms the silhouette of the European continent. On this lake, you can see swans and geese. The park has large sculptures, an exhibition hall, a chapel, and a large play area for children.

Another magnificent natural attraction of Torrevieja is located next to the main beach of La Mata. The Molina de Agua Park (Parque del Molino del Agua en Torrelamata) is simply created for walking away from the bustle of the city among the dunes and trees, breathing in the fresh pine air. Many trails run through the entire park, including those leading directly to the sea. In the dark, the paths in the park are illuminated by lanterns, so you can walk here in the evening.

But the main feature of the park is the original artificial river, made in the form of a beautiful water cascade, 500 meters long. The river ends with a pretty pond with a fountain. The total area of the park is 17 hectares. There are also small places for rest and picnic here.

The Torre del Moro tower is, without exaggeration, a true symbol of the city. As you already know, the name of the city translates as “Old Tower”, so not taking a picture in Torrevieja near the stone tower will be just a tourist crime. The observation tower in the city was of practical importance. Its main function was to control the coast: during that period there were frequent invasions from the sea from pirates and Berbers.

However, the tower that you will see in front of your eyes has practically no historical value. Torre del Morro has undergone numerous reconstructions and changes and is already very far from the original design. Near the tower, there is a nice small square with original landscape solutions. There is also a sea view, but you cannot climb to the top of the tower for a good panorama.

Torrevieja’s beautiful main church is located in the Plaza de la Constitucion. It was built in the neoclassical style in 1789 but was later destroyed by an earthquake in Torrevieja in 1929. Later, the church was reconstructed. Today it has two towers and can accommodate 1,000 people.

During the reconstruction of the Church of Torrevieja, stones from the old Torre Vieja tower were used. Inside the church, you can see a statue dedicated to the patron saint, created by the sculptor Ponsada in 1940.

Aquopolis is the largest water park in the southern part of the province of Alicante and is located in Torrevieja. Here you can find fast slides and water attractions that are adapted for the whole family. You can choose from 15 different attractions, ranging from steep slides to a quieter wave pool, jacuzzi and waterfalls. Aquapolis also has a mini-park for small children.

Aquopolis water park has a large green area with sun loungers. There is also mini-golf, restaurants and souvenir shops. The water park is open from June to September and is open from 11:30 to 20:00.

-Museum of Sea and Salt.

The Sea and Salt Museum in Torrevieja is one of the most important cultural institutions. It is located close to the harbour and the Ethnographic Museum where visitors can learn about the history and traditions of Torrevieja. The Museum of Sea and Salt was opened in 1995, and at its exhibitions, you can see, among other things, old photographs, objects made of salt, boat models, archaeological sites, and fishing tools.

If the sights of Torrevieja seem boring to you, or you just want to see some other interesting places, then you can go to cities such as Alicante, Guadalest, Altea, Benidorm Murcia etc